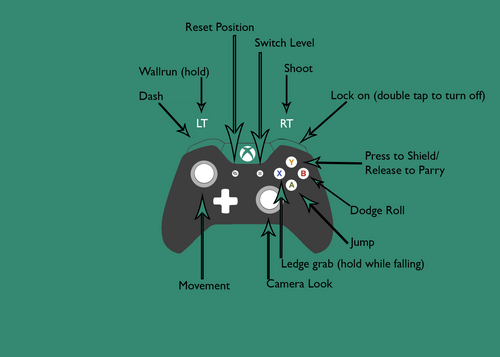 i. Shield/Parry! Sekiro/Super Smash Bros rules for this: Press Y (xbox controller) to Shield, release button within a few frames of being hit to Parry

What to look forward to: